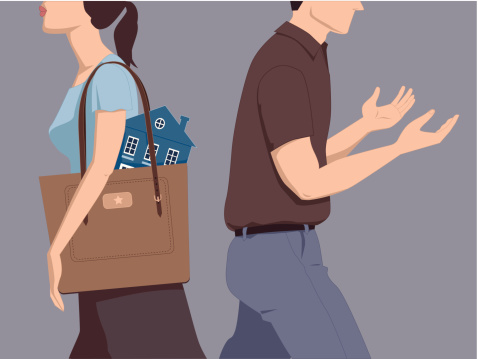 If you have been cohabitating with a partner for a long period of time without being legally married, you may believe that you are bound in a common law marriage. If you’re seeking a common law divorce in New Jersey, you may be surprised at the state’s actual laws.

It’s a common myth that in the U.S., any couple that has lived together for an extended period of time is considered to be in a common law marriage. In fact, most states, including New Jersey as long ago as 1939, have abolished such laws. That said, there are still some states that allow common law marriages, such as Rhode Island, South Carolina, the District of Columbia and others. Since all states recognize marriages that were established in other states, you are considered legally married if you lived with your partner in another state and met certain common law marriage requirements.

So in reality, there isn’t a specific law regarding common law divorce in New Jersey; if you and your partner have lived together here an official divorce isn’t required for a breakup. If you have lived together in another state and met their common law requirements, however, you will require an official, court-decreed divorce just as if you were in any other marriage.

As with any divorce, a court and judge will decide based on hearings on matters of spousal support, alimony, and distribution of acquired wealth and property. In such scenarios, you are far better served with an attorney representing you. Choose an attorney with experience and knowledge regarding the state’s complex statutes involving divorce and family law, and who is knowledgeable in the art of conflict resolution.

If you are seeking a common law divorce in New Jersey and are looking for an attorney to represent you and help you move forward, contact the offices of Henry Weinfeld in Woodbury today and request a consultation. Henry Weinfeld is dedicated to helping you through this situation as easily and affordably as possible, and he is highly ranked on Avvo for his ability to help his clients through breakups. Find out how we can help you through this complex legal process and get on with your life.